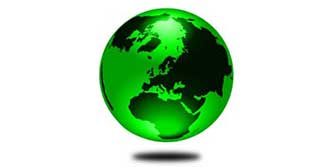 A purchase for LED Bulb may seem like a new light bulb or flashlight for you, but for the environment it is far more. Every fluorescent or incandescent bulb replaced with a light-emitting diode (LED) bulb means conserving enormous amounts of energy and reducing carbon dioxide in the atmosphere and landfills.

It doesn’t mean you have to entirely change the way you live. It starts with small steps. It starts with putting LED light bulbs into your light sockets. For example, consider how much you could help the environment just by installing an LED Appliance Bulb into your everyday household appliance!

Every purchase is a step in helping the earth. Here’s 5 Reasons why LED Bulbs are safe for the environment and how more LEDs will mean bigger change.